Vietnam takes this pandemic incredibly seriously and has had remarkable success dealing with COVID-19. One reason for this success is that quarantine in Vietnam is no joke. I stepped into this room in the dead of night 12 days ago and will not step out of it again until my two-week quarantine is complete. It’s rumored that there is a COVID-controlled oasis on the other side of these walls, so I am more than happy to sit contentedly in my room and aid the effort.

I cannot go outside, nor can I step into the hallway. I have a menu in my room and leave a daily order form on a table outside my door. A hotel employee rings my doorbell when my meals arrive and although I run to the door to catch a glimpse of another human, they’ve always disappeared into thin air. I have a balcony from which I can watch the quick construction of a house next door and somewhere, there lives a rooster intent on waking me at 6am.

My figurative window to the rest of the world.

Quite honestly, quarantine is great. I’ve made excellent progress on my stack of books and Netflix queue. My mother, a talented quilter (Pleasant Street Quilts), always encourages me and my sister to have some hand-piecing projects to keep our hands busy, and I’ll have quite a few quilt blocks to show for my two weeks in quarantine. I workout. I nap. I Skype. And while I will be happy to start my tour in Ho Chi Minh City, I will be sad to once again set an alarm in the morning and wear real shoes.

A few batiks from my current Moroccan-inspired hand-piecing project.

I’ve been in the Foreign Service for a few years now, and one defining characteristic of all diplomats is that we’re always on the move. Our belongings are often in transit or storage and we live out of suitcases for months at a time. I think it’s important to make every house – or quarantine room – a home, even if we’re only here for a few weeks. So despite having just two suitcases, both teetering dangerously on the brink of being overweight, I packed a few small things that remind me of home. They make all the difference!

Today is Day 12 of my 15-day quarantine. Later this week, I’ll fly to Ho Chi Minh City and see me and Paul’s new apartment for the first time. I will go to work and put my pens in a proper desk drawer. There will be people at restaurants and kids in school. I’m thrilled.

In a few hours, I’ll be boarding a flight with a one-way ticket to D.C., which means that in a few hours, I will also say goodbye to New York City, my home for the past five years.

I was seven years old when I decided to move to New York City. It was a snowy December and my mittened family took a day trip to see the Radio City Rockettes. I remember weaving through the bundled crowds on Fifth Avenue and stomping through snowbanks as yellow taxis flew past. I was handed a giant pretzel from a vendor beneath a red and white umbrella and later craned my neck to see the arched ceiling of St. Patrick’s Cathedral. As Christmas carols jingled merrily in the background, my sister and I leaned over the edge of the Rockefeller Skating Rink and listened to the happy shrieks of the skaters below. And oddly enough, I don’t remember the Rockettes at all, because all I could think about was the city on the other side of the doors. 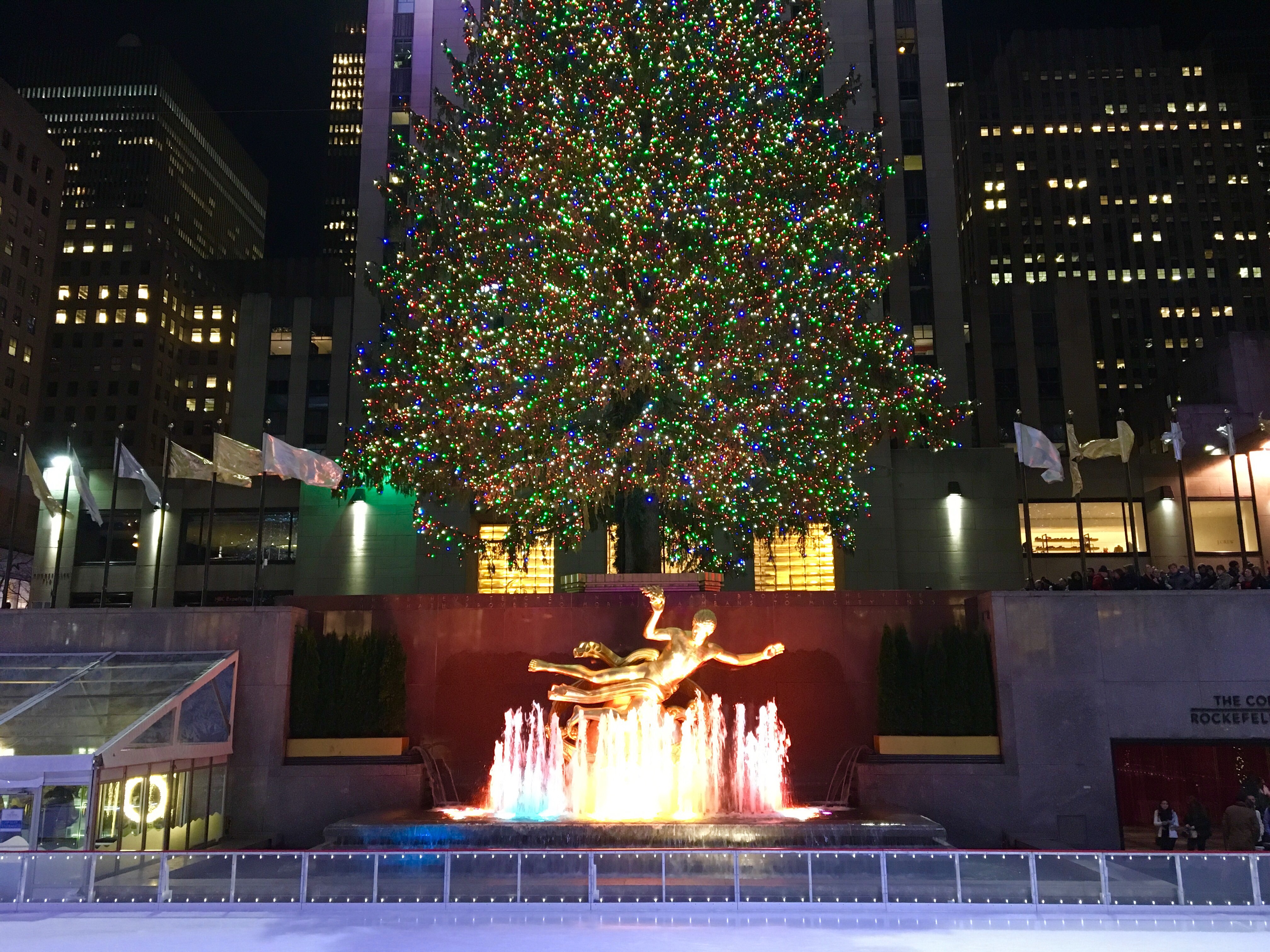 I will miss New York City. I will miss the constant onslaught of new people and places, 3am cake delivery, and scone and cheese nights. I will miss the creaky front door of my first apartment building, the one that in five years, never properly locked. I will miss falling asleep to distant sirens and waking up to mariachi bands warbling below my window. I will miss the rumbling subways, Central Park picnics, and the ever-watching Empire State Building. I will miss afternoon tea at the Pembroke Room, backstage Broadway tours, and singing at Carnegie Hall. I will miss walking into a shiny midtown office building every day, feeling important, but then feeling like a imposter whenever I found myself in Saks or the Ritz-Carlton. I will miss having my friends and family camped out on my living room floor and opening my apartment door to find my boyfriend holding a bouquet of flowers. I will miss the grinning tourists who are thrilled just to be taking pictures of the city in which I was lucky enough to live. And oh how I will miss New York City bagels.

Rockefeller Center is still my favorite place in New York City. Not because of the busy crowds or the sparkling tree or the hundreds of flags waving in the breeze, but because that’s where it all started. Even today, some 20 years after I saw New York City for the first time, I can sit near that same bustling skating rink surrounded by skyscrapers and feel the city’s magic. Each day that I lived here was, quite literally, a dream come true.

Until next time, New York City!

Since joining the Foreign Service, the most frequently asked question has been, “So what exactly does a diplomat do?” And while I’ve heard rumor of negotiating international treaties and preventing WWIII, all I can say for sure is that diplomats pack. They pack a lot.

Since September, I have been in a constant state of moving. The end goal was to gather my belongings in a single location so that the government movers need only make one stop. However, due to expiring apartment leases, an existing job, and a two-week trip to India, my belongings were instead scattered across the Eastern seaboard. I’ve moved out of two NYC apartments in just three months. I’ve bribed friends into driving carloads of boxes to my parents’ house. And I’ve attempted to sedate my mother as she watched her guest bedroom, my sister’s bedroom, and her garage become overrun by suitcases, plastic bins, and extra shoes. 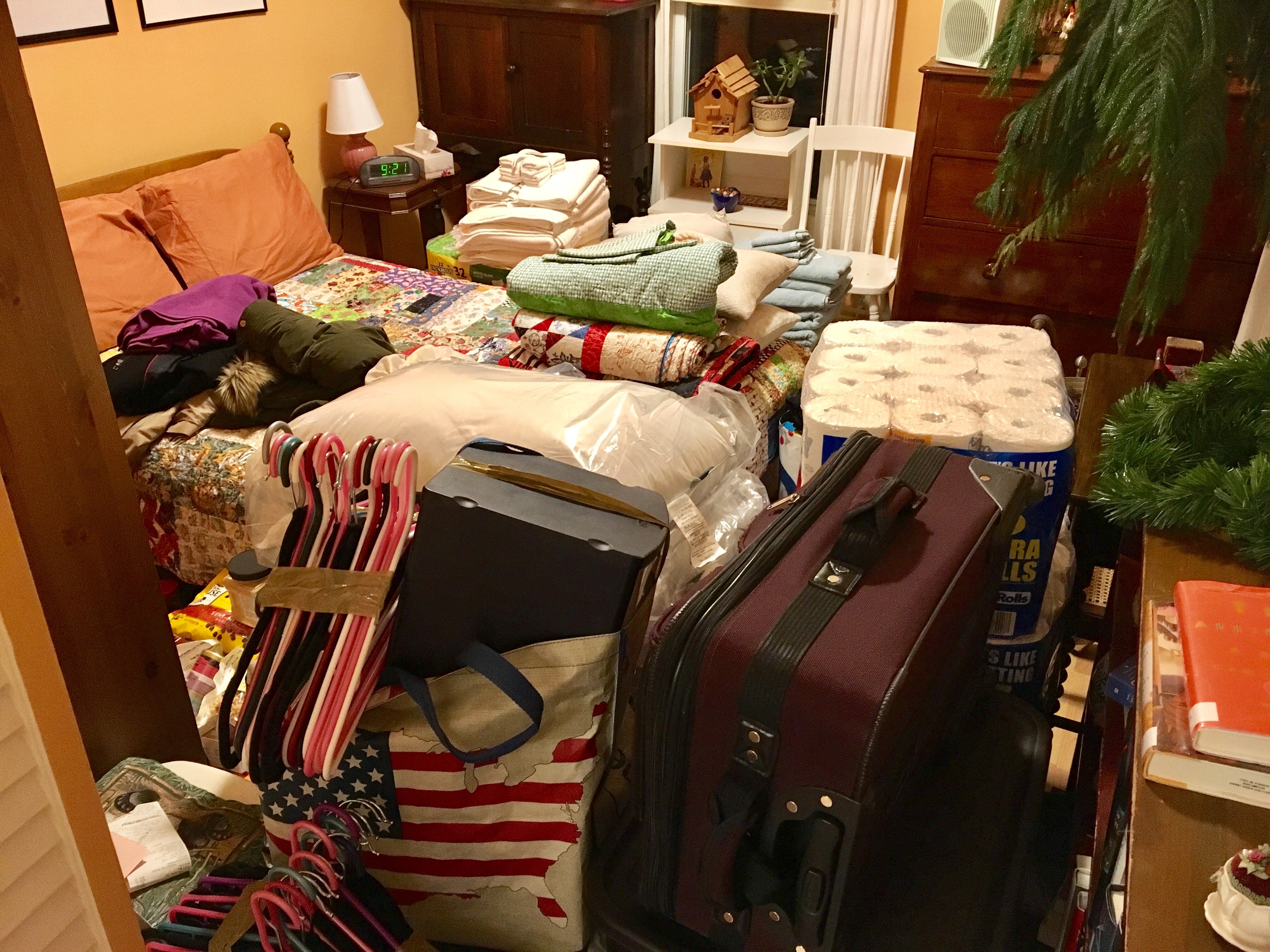 You should see the garage! 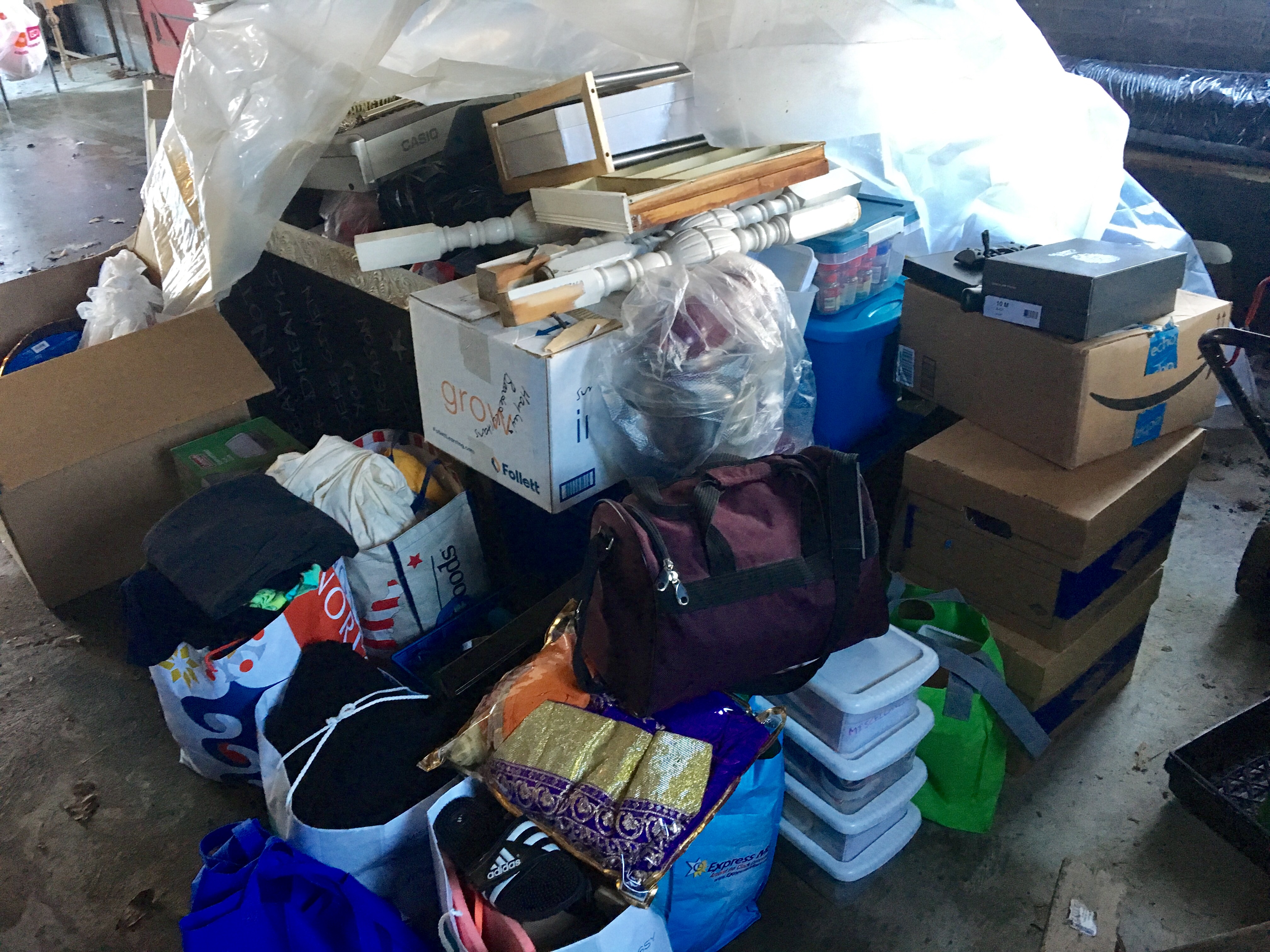 Then there’s the buying. As there is no promise that Djibouti (or wherever I may end up) has a ready supply of home comforts, diplomats are instructed to bring these things with them. Consequently, I watched in horror as the BJs/Marshalls/WalMart cashiers rang up my industrial quantities of sugar, toilet paper, and shampoo. And toothbrushes, pasta, and Tupperware. And baking soda, new towels, and wrapping paper. How many cans of tomato paste should I bring? HOW MANY CANS?

I’m smiling because I haven’t checked out yet.

And lastly, there’s the sorting. Diplomats are required to sort their belongings into three piles. Pile #1: the two suitcases you bring to D.C. for training. Pile #2: Unaccompanied Air Baggage (UAB), the 200 lbs of belongings that will be sent to you in D.C. and then packed up again and sent to your first post. Pile #3: Household Effects (HHE), the 18,000 lbs of belongings that you won’t see again until several months after you get to your first post. The trickiest thing about sorting is that you don’t know where your first post will be be or for how long you’ll be in D.C. So yes, pack both your parka and your bathing suit. 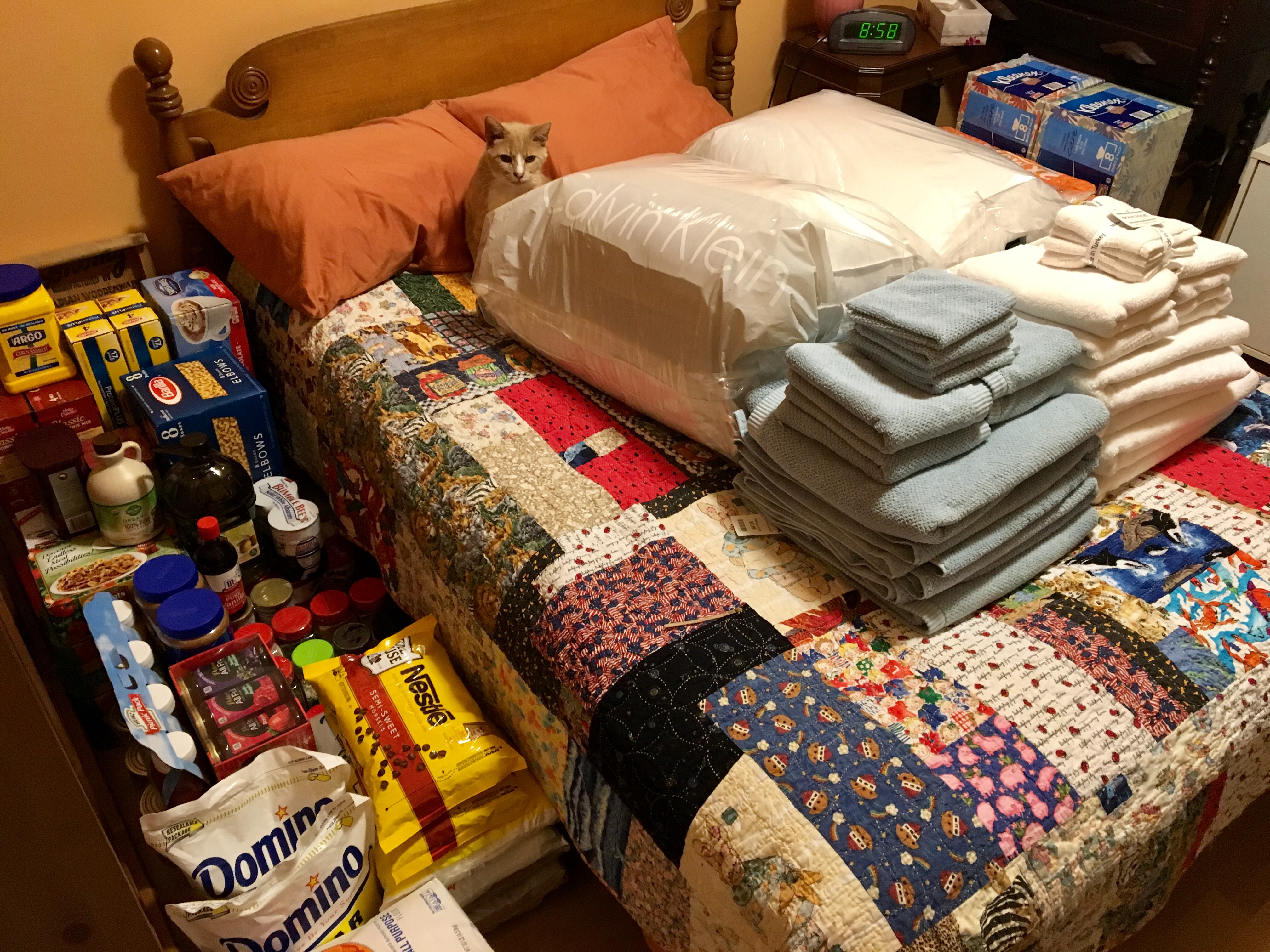 Sorted piles plus one stowaway.

Yesterday was the biggest move of all. A large truck pulled up in front of my parents’ house and two gentlemen began assembling cardboard boxes the size of NYC apartments. But after giving me the grief I deserve for having multiple cheese knife sets, the movers took one look at my carefully sorted piles and said that their moving company forbids packing canned goods or liquids. MY TOMATO PASTE. So having read one too many blogs about packing in the Foreign Service and knowing the rules all too well, I called the State Department’s Transportation Office. With assurances that they’d resolve the issue, I went back to pacing the house, removing cats from cardboard boxes, and wondering what I was going to do with hundreds of pounds of unpacked canned goods. But wonder of wonders, no more than 20 minutes later, the movers got a call from their company’s owner saying to pack it all. I assume President Obama called and insisted I have tomato paste with me in Djibouti.

Making sure the tomato paste is safe. 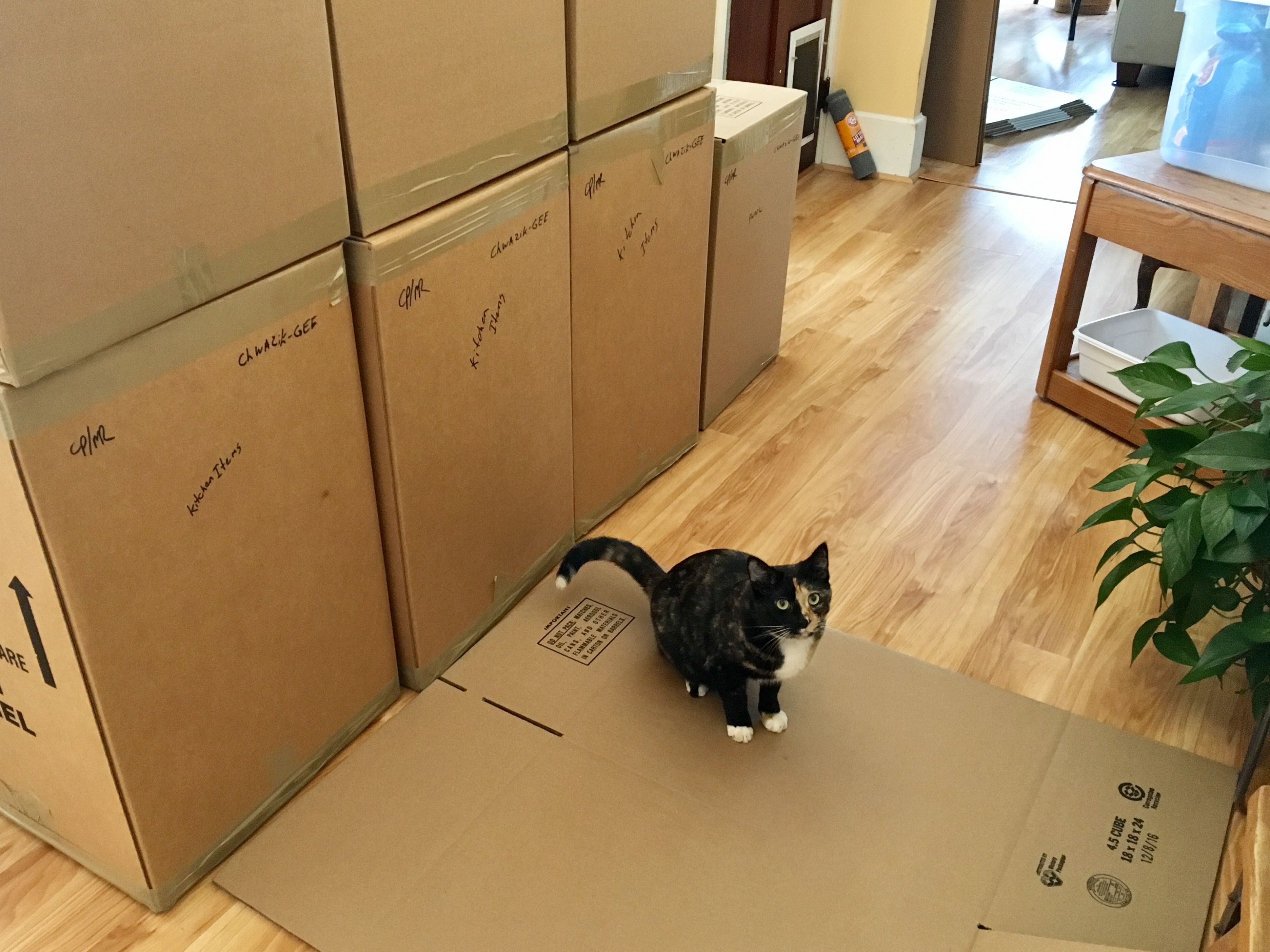 My mom, the good sport. Even after her guest room pillows were accidentally packed…

So six hours later, with the canned goods packed and all five cats accounted for, my belongings were driven off into the distance. And with the happy thought that I have several whole months before I need to pack up and move again, I promptly fell asleep at 8pm. 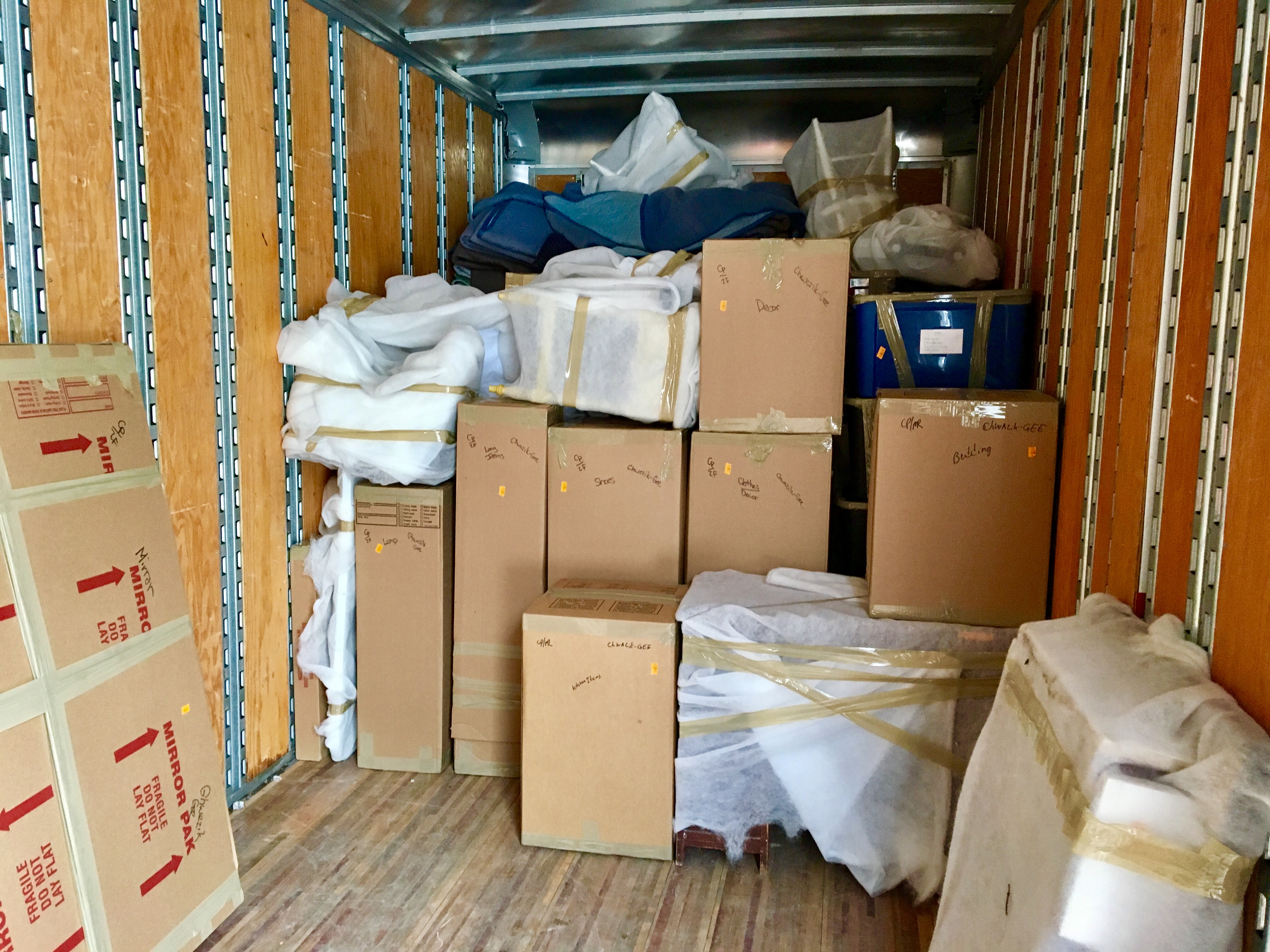 Goodbye, things! See you in Djibouti!