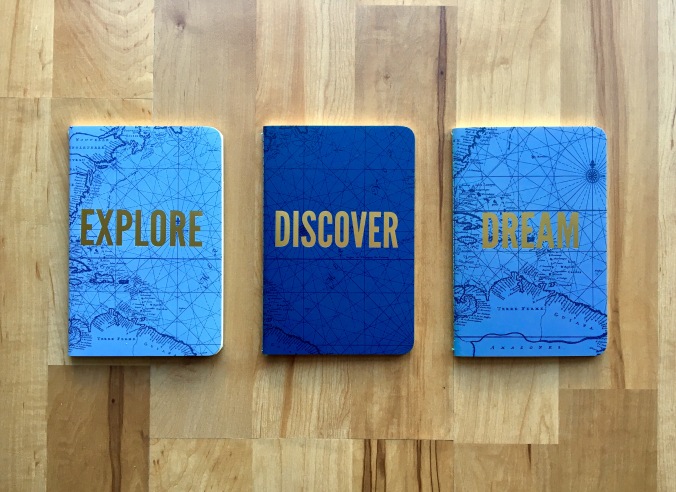 Darn right I will.

The past few weeks have been a whirlwind of activity. A downright whirl of wind. I’ve spent my days in A-100, State Department speak for basic training. And I’ve spent my nights bouncing between happy hours with my new 189th A-100 classmates. My pool game is improving.

I will delve into A-100 training in a future post, but for now I want to focus on The Bid List. The Bid List is the list of job openings for us newbies. Aka, a single piece of paper that determines the direction of our entire lives. Exaggeration? I think not. Somewhere on this piece of paper is the name of the city in which I’ll spend the next two years. The city that will determine what language I’ll learn, how long I’ll be in DC, and whether I’ll have guaranteed access to scones in the near future. The city that will impact the trajectory of my entire State Department career. How’s that for epic? You’d think such a document would arrive embossed and stamped with a wax seal. Or at least laminated. But alas, on an otherwise normal Wednesday afternoon, a single piece of plain paper was dropped on our desks. My subsequent thoughts:

*I get hollered at if I divulge state secrets. This is not a real bid list post. Please don’t fire me.

That’s all the information we get. Listed for each post is the region, a city name (no countries, that’s too easy), the cone (U.S. diplomats are hired to work within one of five cones: Public Diplomacy, Consular, Management, Political, or Economic – all newbies are required to do at least one Consular tour), and the required language level (based on the 1-5 ILR fluency scale – a 3/3 designating fluency in Speaking/Reading). We have two weeks to research and rank each post as a high, medium, or low based on our personal preferences. We then turn our completed lists over to our Career Development Officers, who compare the lists of us chipper hopefuls, cross-reference our preferences with the needs of the service, and assign us our first posts as U.S. diplomats. My internal dialogue for the past few weeks went something like this:

How cold is cold? Do they have Internet? How big are the bugs I’ll find in my shower? Will I have a shower? Will I have to drive on the other side of the road? Do they have cheese? Do I have to bleach all my vegetables? How concerned am I with air pollution? Do I want danger pay incentive? What do they mean when they say the air smells like fish? Can people come visit? Is learning Tajiki useful? Should I spend a year learning Mandarin instead? Why did I agree to be worldwide available? Do my preferences really even matter? Am I too manic for island life? Thank heavens I don’t have any pets. Or worse, children. Land mines? I need to be worried about land mines?! 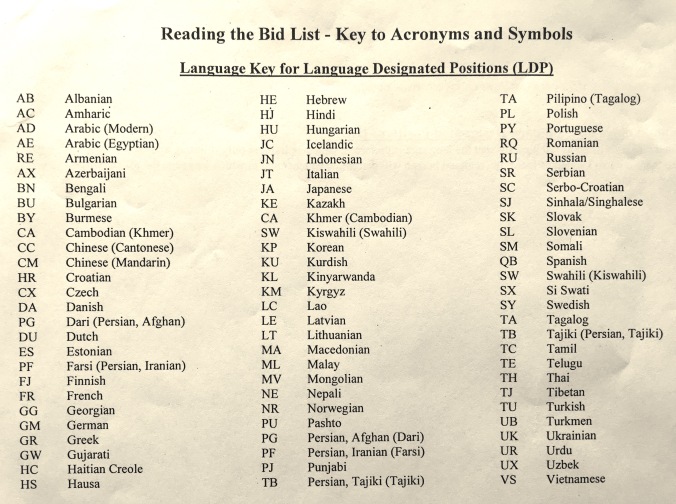 A list of languages taught by the State Department. Kinyarwanda, anyone?

Having ranked and re-ranked the posts hundreds of times, I have officially submitted The Bid List. My future is no longer in my hands. And it is absolutely thrilling. In less than a week, I’ll be sitting anxiously in an auditorium among my shaky peers as we clutch highlighters and copies of our lists. The name of each post will be called out randomly to an audience of 500 family and friends. And then through the suspense hanging in the air we’ll hear the name of one of our classmates. When my name is called, I’ll walk shakily to the stage, where I’ll accept the flag of my new host country, pause for an official picture, and try to remember to address the flag-hander-outer as Mr. Ambassador. Wish me luck.

Merry Christmas from Vietnam! Extra thankful this year for all the traditions that make home seem a little closer. 🗺
Life on the tracks! 🇻🇳
Happy Halloween from pumpkinless Vietnam!! 🎃
Ho Chi Minh City is coming back to life! A few days ago, the government released the city from its lockdown and 6PM curfew. The fight against COVID is far from over, but it’s good to see the streets looking busier than they did in this picture from a few weeks ago.
Happy birthday, Hayley!! I’m so happy that the girl who loves surfing enough to let a Cabo Verdean surfing champ pick a sea urchin spine out of her foot with an acacia thorn has finally found her way to the sandier (and less urchin-filled) beaches of Hawaii!! This year is starting off pretty great and I hope it only gets better!! 🏝
Views of Hạ Long Bay... from a SEAPLANE.💦🛩💦
Keeping up family traditions seems all the more important when far from home! A traditional Polish Easter: babka, eggs, kielbasa, and a butter lamb (or cow/mouse per artistic interpretation). Happy Easter, all! 🌷
A perfect read for the royally-obsessed! 👑